“Given the tremendous success of Nexgen, the board is very enthusiastic about our reacquisition of Carter Lake and is in the process of designing Phase 1 ground work for the 2016 season.”

VANCOUVER, BRITISH COLUMBIA–(Marketwired – June 14, 2016) – Unity Energy Corp. (TSX VENTURE:UTY)(FRANKFURT:UJN2) “Unity” or the “Company” is pleased to announce that it has commenced drilling at its 100% owned Miller’s Crossing Lithium Project in the South Big Smoky Valley, Nevada. 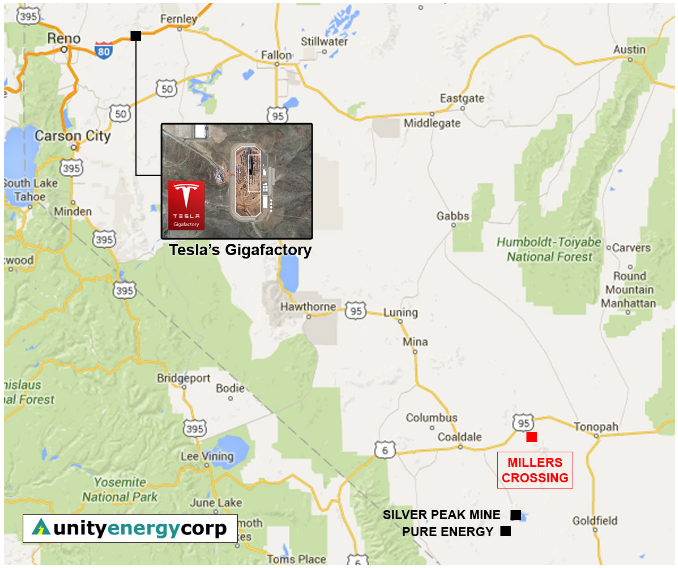 The Company intends on completing up to 18 holes, utilizing NQ rods (47.6mm core diameter) as well as AQ rods (27.0mm core diameter) for superior sample recovery and is expected to reach depths of up to 50m, depending on ground conditions. The purpose of the drilling will be to test subsurface layers for lithium and other commercial elements. 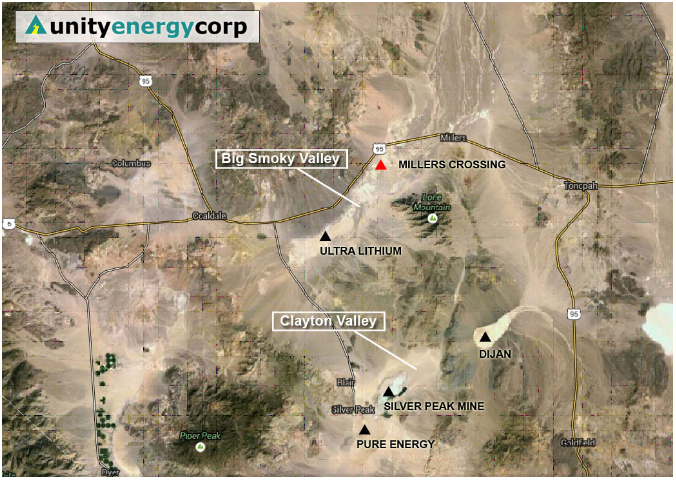 The Miller’s Playa Lithium Project fits well into the playa-type brine deposit model as it is located adjacent to, and shares geological similarities with the Clayton Valley, home to the only lithium producing brine operation in North America. A playa is an internally drained brine deposit, the surface of which is primarily composed of silts and clays in which lithium can accumulate from the surrounding source rocks during successive evaporation and concentration events. Evaluation of regional gravity data has led to the hypothesis that the Big Smoky Valley has been in-filled with an estimated 2000-2500m of alluvial fill and may have the potential to host a significant mineral deposit.

Regarding the commencement, CEO Ian Graham commented: “The board is very pleased to be finally drilling at Miller’s, especially given the anomalous lithium values obtained through the previously reported surface sampling program.” 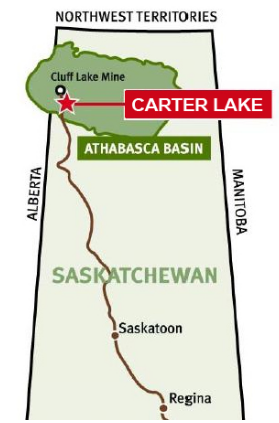 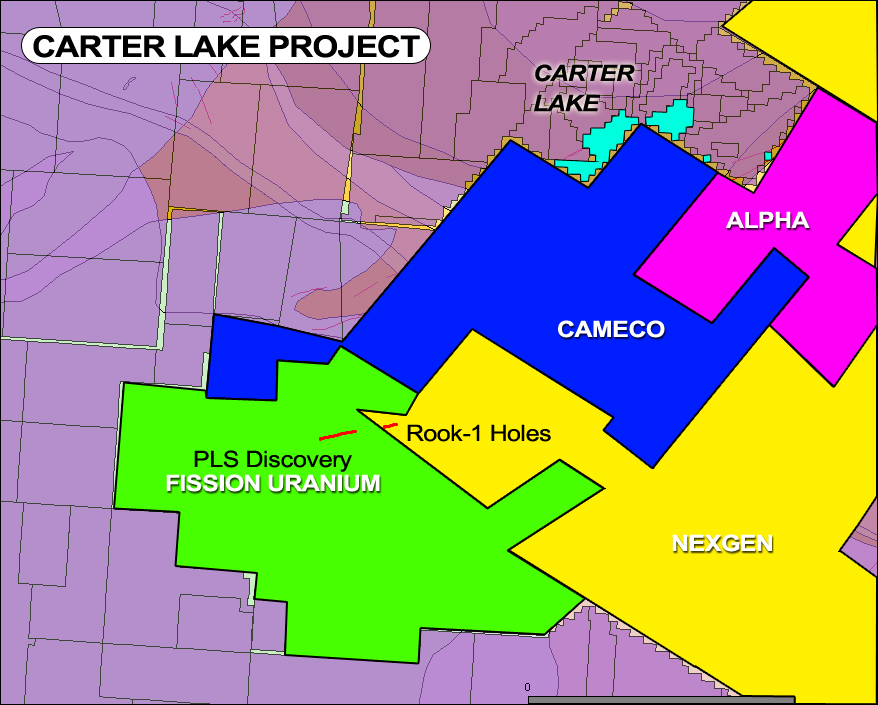 Unity is also pleased to announce that it has reacquired its 100% interest in the Carter Lake Uranium Project (West Athabasca Basin) through the termination of an earn-in agreement with Aldever Resources Inc. The project covers ~1113 hectares on the Carter Lake Corridor, an exploration zone adjacent to the Patterson Lake Corridor, which hosts two of the most significant recent discoveries in the basin, some 21km to the southwest: Nexgen’s Arrow Prospect and Fission’s Patterson Lake South Deposit. The project also lies within ALX Uranium Corp.’s Hook-Carter Project. Depths to basement at Carter Lake are estimated at between 400-500m, directly comparable with the depth to mineralization at the McArthur River mine.

The principal exploration target at Carter Lake is ~4.7km of subsurface conductive anomalies, identified in a 2006 MegaTEM survey and a 2008 VTEM survey, both completed by ESO Uranium Corp. The anomalies are interpreted as a possible conductive horizon, at or adjacent to the sandstone-basement unconformity, and which may be indicative of localized hydrothermal enrichment in uranium.

About the acquisition, Dr. Peter Born commented, “Given the tremendous success of Nexgen, the board is very enthusiastic about our reacquisition of Carter Lake and is in the process of designing Phase 1 ground work for the 2016 season.” 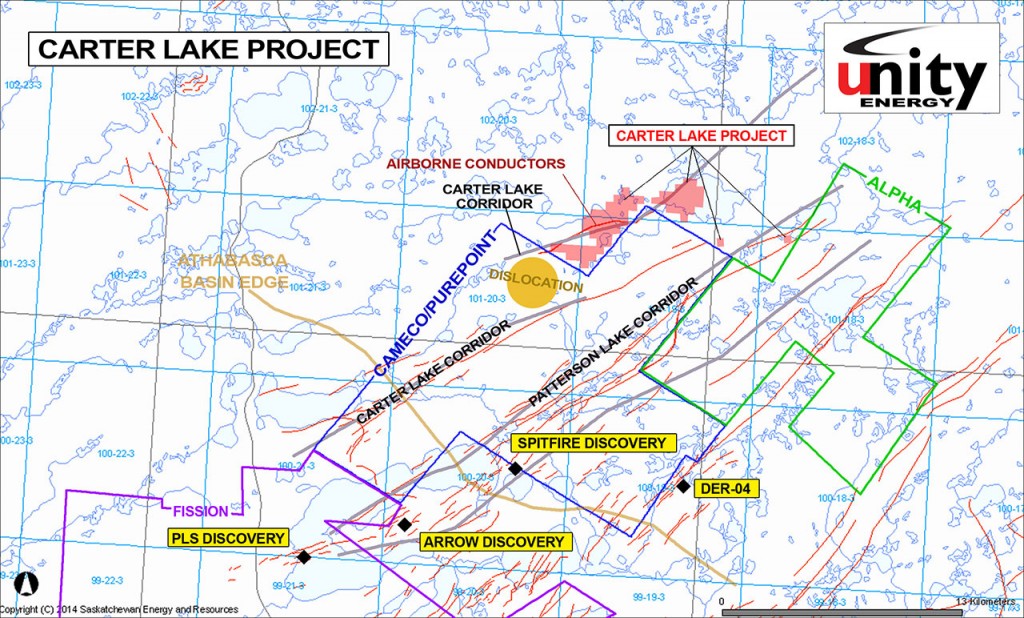 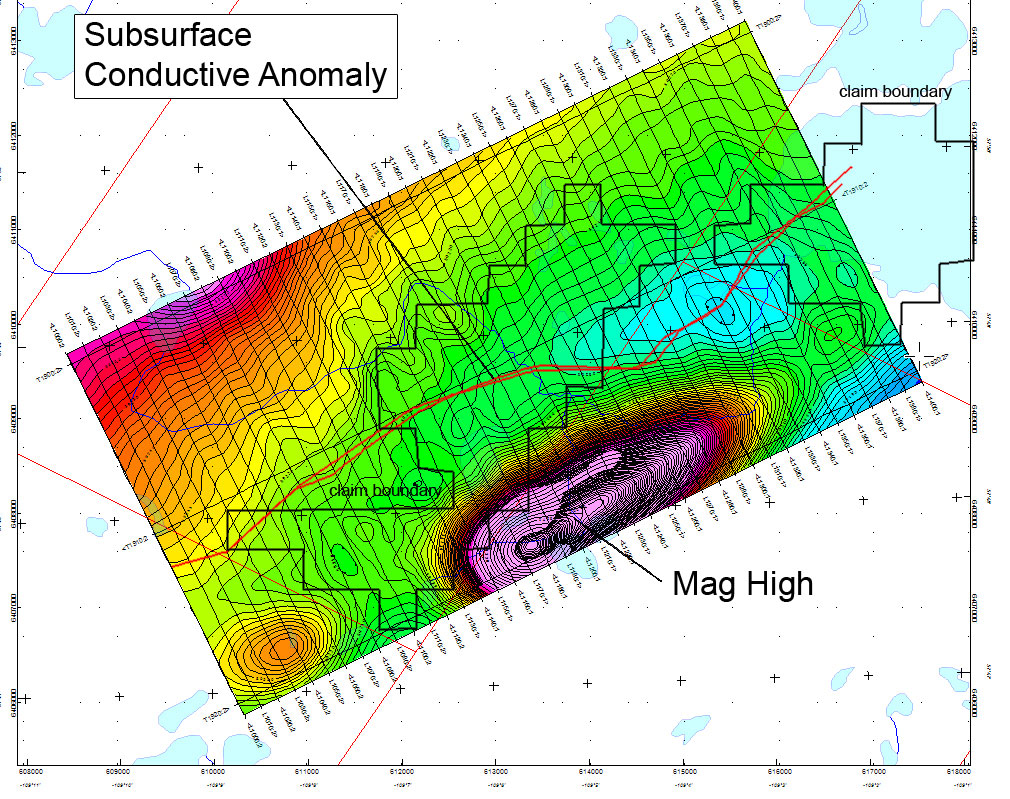 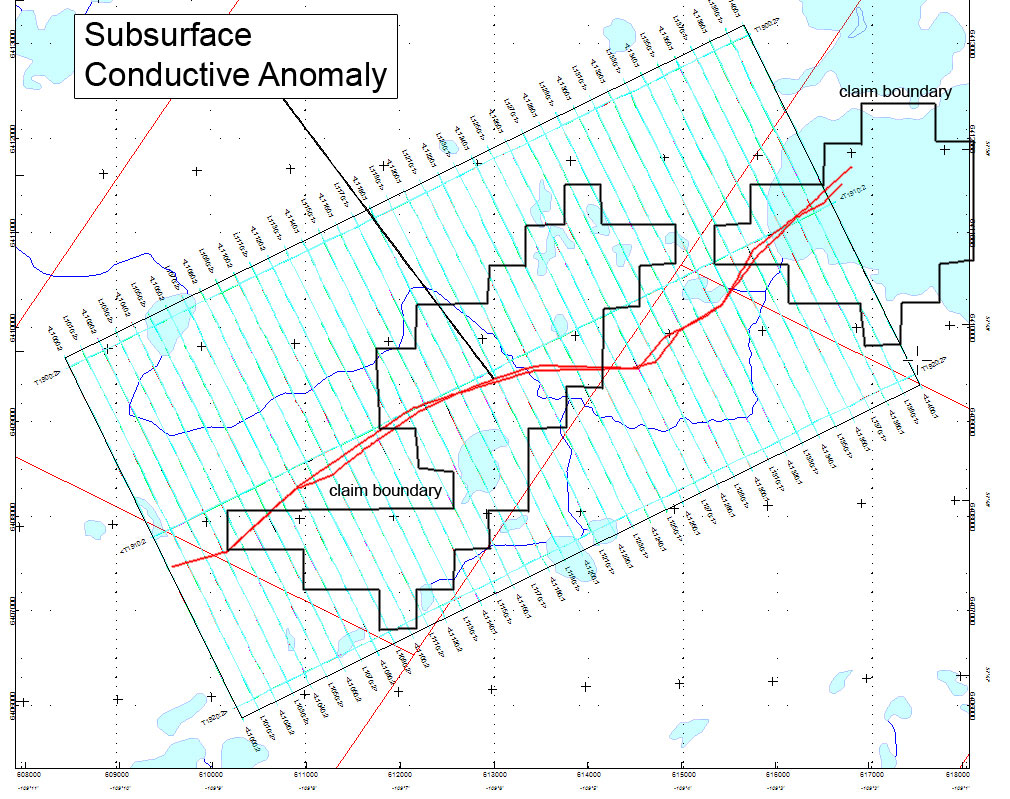 See a PDF of the press release here.