TORONTO, ONTARIO–(Marketwired – May 31, 2016) – Appia Energy Corp. (the “Company or “Appia”) (CSE:API) is pleased to announce that it has contracted Geotech Ltd. to fly a 162 line-kilometre VTEM™ plus time-domain electromagnetic survey with additional magnetic and radiometric components over its Alces Lake Property, comprising 1,518 hectares (3,751 acres) 34 kilometres east-northeast of Uranium City, Northern Saskatchewan. Appia owns 90% of the Property.

The planned VTEM™ plus survey will be carried out over the property where earlier exploration programs conducted by Appia identified REE mineralization plus uranium and thorium, and identified a new zone, designated as the “Ivan Zone”, with outcrop and boulder train samples exhibiting radioactivity levels in excess of 56,000 cps. Samples from the “Ivan Zone” outcrops and boulder trains were assayed and reflect moderate to highly anomalous rare earth elements (“REEs”). Total REEs in 12 samples range from 1.1% to 35.7% by weight. Details of the laboratory analyses for individual elements were reported in the Company’s news release dated May 22, 2014.

The work will be supervised by James Sykes, the Company’s recently appointed Director of Saskatchewan Operations, with the survey expected to be flown in early June.

Geotech’s proprietary VTEM™ plus airborne survey is the leading time-domain electromagnetic system in the world. The coincident, vertical dipole transmitter-receiver configuration provides a symmetric system response. Any asymmetry in the measured EM profile is due to the conductor dip, not the system or direction of flying. This allows for easy identification of the conductor location and for interpretation of the EM data. Geotech represents that the low noise receiver plus the high power transmitter yields a system with the best signal-to-noise ratio of any airborne EM survey system available commercially.

The technical content concerning the property in this news release was reviewed and approved by Thomas Skimming, P.Eng, a Director of Appia, and a Qualified Person as defined by National Instrument 43-101. 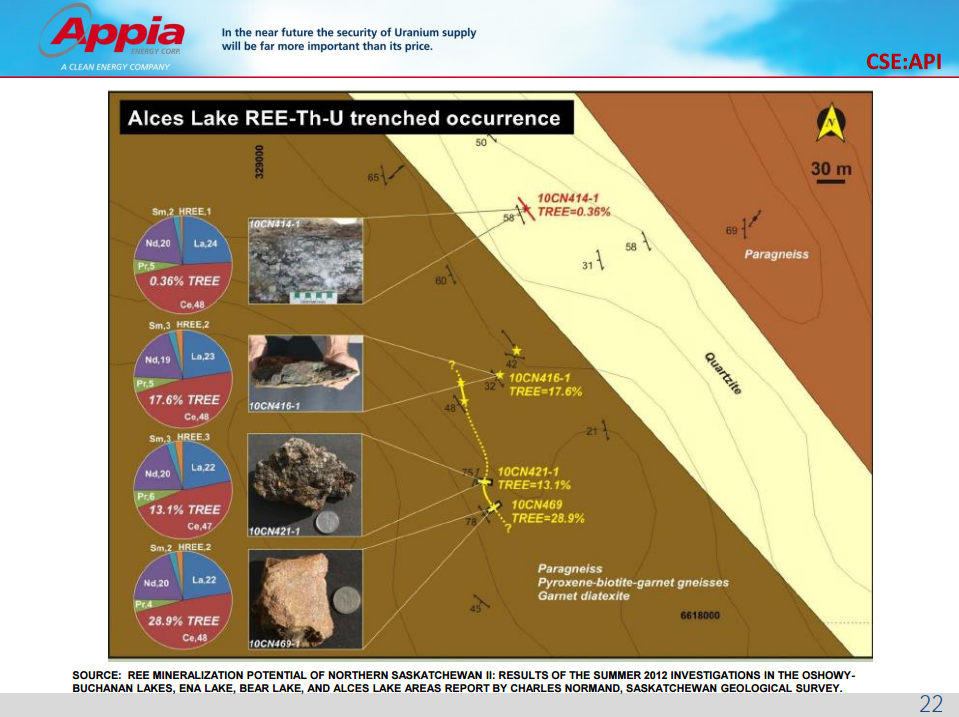 Read the press releases from Appia and Market Wired.